The Arcadia series are the best value ukuleles we have ever produced. They punch well above their weight when it comes to sound quality, comparing extremely well to the more expensive ukuleles. At Bondi HQ we often debate which of our ukuleles has the best overall sound. The Arcadia series is always part of those discussions, with them being the uke of choice for several of our staff members.

We don't like to talk ourselves up, but we believe we have absolutely nailed it with the Arcadia series when it comes to build quality, aesthetics and sound. There is no compromises at all, just high quality at an affordable price. This is a lifetime instrument, it is built to last and will be around longer than all of us, hopefully with it being passed from one generation to the next.

Listen To This Ukulele

Thank you for submitting a review!

Your input is very much appreciated. Share it with your friends so they can enjoy it too!

United States
I recommend this product
Love My Bondi Ukulele

I love my new Bondi Ukulele! The ukulele arrived in a timely manner. This is my 1st Ukulele. The packaging was great. I loved the case that came with it and all of the extras....have not put it down since it arrived. Very attractive instrument and has an awesome sound. I would highly recommend this product!!! Very impressed with the quality and affordability of this Ukulele!!! Thank you and cannot wait to learn a few songs to play for my Grandkids!!!

It came in the mail SO quick! Such great quality and perfect for beginners, it has everything you need. Everything is so easy to use! The company is so kind and im so happy with my purchase. :)

New Zealand
I recommend this product
Best value for beginners

I couldn't be happier with my new baby. The build quality and sound are exceptional. I'm so pleased to be able to learn this lovely little instrument knowing the company I purchased from supports such a wonderful cause as well. Thank you!

I loved everything in this kit. The ukulele seems to be made very well. The chords chart and fret stickers have been a big help to me. The tuner is easy to use. The carrying case is super cute and looks like it will protect my ukulele well. I’ve already spent a lot of time playing this ukulele, and know that I will continue to use it for a long time.

United States
I recommend this product
Bought for my wife and she loves it!

I was able to easily find one that would match all her needs. The resources and lessons have been very helpful to get her up and going. She plays it every night without fail!

My granddaughter loved it.

Beautiful instrument! We are excited to check out the skype lessons!

United States
I recommend this product
Ukuleles are great.

The ukulele kits I ordered are great. The items I ordered were packaged well, received in good shape, &.arrived timely. I would order from Bondi again.

I bought this starter Ukulele for my 18 year old niece who wanted to get into music instrument and she loved the idea of play a Ukulele at first. She loved the craftmanship of this Ukulele and all the accessories that comes with the kit. I'm glad I discovered and went with Bondi since I took a while doing my research. I recommended to everyone. You won't regret it.

GREAT New experience for me.....

I have a little experience with guitar and wanted to try a ukulele. I purchased the Arcadia mahogany starter kit with the pineapple pattern gig bag. It arrived quickly and was securely packed. The uke and everything included arrived in perfect condition. The uke itself is a beautiful instrument. The wood is lovely, and the abalone rosette around the sound hole complements it perfectly. There's an abalone "Bondi Ukuleles" logo on the headstock as well, which is very pretty. A cream-coloured binding is on the body. It is well built and perfectly set up. No sharp edges on the frets, no fret buzz or other issues. It did require tuning, as it was nearly a full tone flat on each string straight out of the box, but I am told that this is typical for all ukes with new strings - it takes time for the strings to stretch and settle in. The included clip-on tuner was useful here, It sounds great and is much louder than I would have expected for an instrument with such a small body. Tone is very clear and sweet. The gig bag is really well made, almost too well made. The handle is padded, but given how light the uke is, that's completely redundant. There's no way it's going to cut into your hand, even without padding. But it's consistent with the attention to detail of that has been shown to the uke itself. The gig bag is equal to or better in quality than a high-end guitar gig bag that I own. Overall, this is just a fun instrument to play! My only regret is that I didn't buy a uke stand when I ordered, because I want to keep it handy and play it often!

The whole learning process has been so easy...perfect beginner package, beautiful case. I love it!!

I Love the Ukulele. Overall the shipping went well, it just took a week longer or so, because of Corona I guess. But I love the sound. It‘s kinda harpy and the dynamics are easy to do. I can‘t really find a con, I love her

United States
We love our ukeles!!

Our experience with Bondi Ukele has been very positive. We received them pretty quickly considering they came from Australia. I highly recommend the starter kit. It comes with everything you need to learn about & start playing. The videos they referred us too were very helpful. The ukeles are beautiful and have a great tone. My granddaughter and I are learning together and we both love them! I highly recommend them!

After alot of research this kit was the best deal for the money. The ukulele stays in tone well and wasn't hard to tune right out the box. I've been telling evet about this great deal and the great charity with the company whenever you buy from Bondi.

I love my uke. This is the first ukulele i’ve bought and it has an amazing sound, the case is super cute and protecting and it has all the extra accessories a beginner could need. I would definitely recommend. The customer service is also amazing, they helped me with questions with my order and also gave me regular updates on my package when the tracking was not available. The shipping took more time than estimated but it was worth the wait. 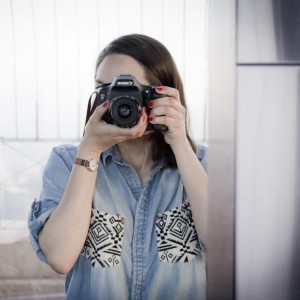 The ukulele arrived within a few days of purchase. It was purchased for my 16 year old niece for her 1st ukulele. she absolutely loved it , along with the watermelon case! It sounds terrific and within days she was playing songs. She was impressed with all the accessories that came with package. They provided prompt communication when I asked them a question after the purchase. Again , a great purchase for anyone wanting to buy a ukulele for someone to start learning to play. Thanks, Craig